Hello compañeros, we've just been contacted by our friends from the Semillas Project in Cuisnahuat El Salvador. The Semillas Project was a project we initiated a year ago to assist an indigenous farming community in Cuisnahuat create a self sustaining communal seed bank that would recover their ancestral Criollo seeds and reject the Monsanto hybrids. With the devastating storms that have hit El Salvador recently causing 32 deaths, hundreds missing and entire communities underwater (including San Lucas where we had a communal meeting, being totally wiped out), our brothers and sisters need our immediate help. As before, we would like to create a community to community relief effort that will put whatever is raised directly into the hands of those that for too long have been invisible. Please donate whatever you can as no amount will be too small. Si Se Puede! 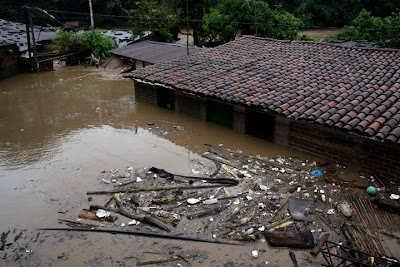 We are starting a people to people's relief effort. We are asking that you help us send some much needed relief to our Semilla Project family, in El Salvador. Heavy rains has devastated the land, in many places the entire crops are wasted, most will go hungry.

Please send what you can,


Please donate via Paypal.
Posted by Semillas Project at 8:44 PM No comments:

More Pictures From our Trip 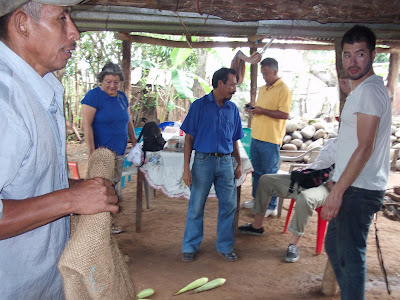 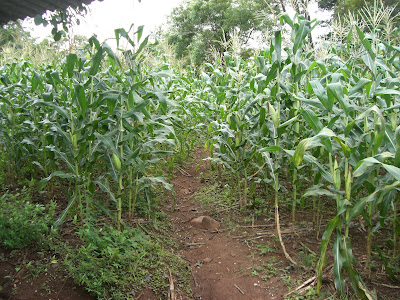 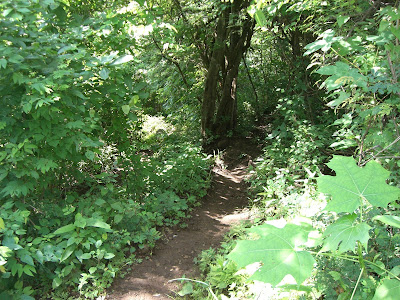 Posted by Semillas Project at 6:21 PM No comments:

Back from El Salvador

The delegation to El Salvador has returned. We are filled with inspiration and more determination than ever to help. We met with the brave anti-mining activist in Cabanas and several environmentalist and social activists working to make their country a better place. Here are a few pictures and words to describe our trip. More to come later. 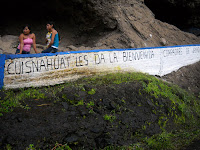 The Mud of San Isidro
(Dedicated to Marcelo Rivera)

since he was young, the dogs were
so skinny and weak that seldom did
they bark, the water so polluted that
it was substituted for coca cola; the
children so malnourished and forgotten
and abused and exploited and deaden
that the pastime was sleeping, escaping
their country through dreams (of
disneyland and mcdonalds)

they used to use a one-story building
there in san isidro during the civil war
to store cadavers and pieces of cadavers
and after the peace accords, he saw
that it was no longer in use so he asked to
use it

he and his brother cleaned the building
swept, mopped and converted it into a
community center for the youth – so that
the children wouldn’t be so forgotten
and deaden and asleep

then came the free trade agreement
and the canadian pacific rim mining
company to steal the gold and silver
from the mountains but he knew that
the water was already poisoned and the
dogs already silent and skinny, the
children barely having awaken to life
he knew that cyanide was used for mining
that the water would be further poisoned
the workers would get paid $3 per day (as
opposed to the average canadian miner’s
salary of $30 per hour), the children further
deaden, the dogs would be converted
into walking, silent skeletons

so it goes as is the continuing violent
history of el salvador, for his protest
he was murdered, forever silenced by
the torturing hands of tortuous empires
and their serpentine, malicious and
transnational arms, but as his flesh is
returned to the earth, having been
borrowed, as the mud of san isidro swells
up to embrace him, the earth rumbles
with injustice, as the ants and worms
work away at his borrowed flesh, they
crawl away more inspired and fiery
with stomachs filled with rage and fire
and love and hope that knows no
beginning or end or flesh and may these
ants and worms serve to carry our his
reincarnated struggle and may the earth
shake with reclaimed determination
and vengeance. 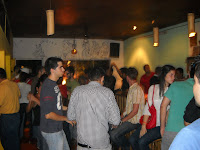 the smoke leaves their cigarettes
in thick, grey swirls, encircling the gyrating
sweating, young bodies and minds of
San Salvador, as entire communities are
left without political representation
the poor left to fend for themselves
as the old keel over from dehydration
and hunger, as skinny and hungry dogs
circle these bodies like vultures, as relatives
are murdered, as the repression from the
police rises and falls like a wave, they dance
to forget; they embrace and kiss and make
love passionately to remember that certain
things, every day growing fewer and fewer
still, are permanent and untouchable and
incorruptible,

and as a girl asks me to write a poem
describing this sentiment, the contradictions
of realities, the dichotomy, as she drinks her
Suprema and smokes her Delta with passion
but the poem has already been written
all I did was take notes. 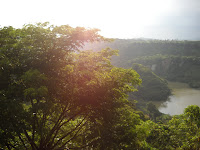 the act of poetry
is criminal
in nature
for when you capture
a moment, you steal
it away, corrupting
the memory with
inadequate interpretation 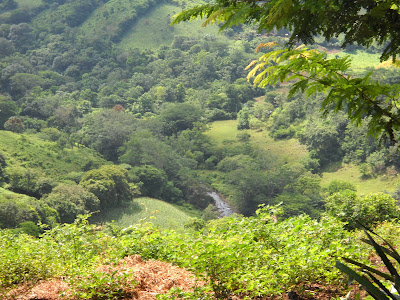 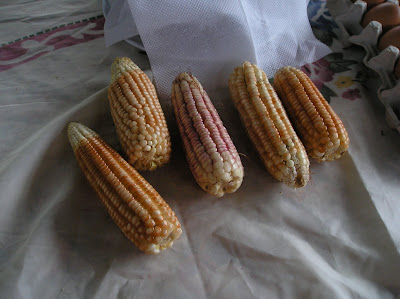 Posted by Semillas Project at 11:00 PM No comments: “I joined the Semillas Project because I felt that it is a wonderful opportunity to put a stop to a destructive pattern.” Daisy


We have successfully achieved our goal of raising the necessary funds to help establish the non-profit seed bank and bee farm in Cuisnahuat, El Salvador. They've planted their first crop of indigenous corn on May 1, 2010.
We would like to extend our eternal gratitude to people such as you for being involved and helping the people of El Salvador. We would like to thank the generous people at Health Force (www.healthforce.com), KPFK (with special thanks to Uncle Ruthie at Halfway Down the Stairs Saturday morning program), The Los Angeles Workers’ Center (www.losangelesworkers.org), Nahui Ohlin (an Echo Park indigenous cultural store) and all those that see the importance of working collectively and in helping communities realize self-sufficiency.

But it’s not over yet. We are now raising funds to send a delegation to Cuisnahuat to witness the results that the Semillas Project and the people of El Salvador have worked toward. The trip is planned for August 12th to the 21st. Members of the delegation will take part in the harvesting of their corn, participate in their annual Corn Festival as well as visit other communities and historical sites.

But we are in urgent need of financial support to make this trip a reality as many are youth, with scarce resources. We ask you to donate any amount; and if you cannot donate, please send this letter to a close friend, a co-worker, a teacher, or a family member. Donations can be made through our PayPal account on www.semillasproject.blogspot.com. If you donate $25 or more, you get a free Semillas T-shirt.

Posted by Semillas Project at 10:51 AM No comments: 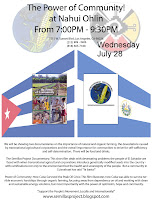 This was one of our last scheduled events before embarking on our trip to El Salvador in less than 4 days. In addition to showing our documentary, we also showed The Power of Community: How Cuba Survived the Peak Oil Crisis.

We were able to raise some money at this event, but we are still needing more financial contributions. Please donate by going to our PayPal account.
Posted by Semillas Project at 10:40 AM No comments:

We are now in the process of organizing the delegation to El Salvador, due to leave August 12th and return the 21st, and we're in need of financial contributions of any size to help finance this trip. Please donate via Paypal.
Posted by Semillas Project at 6:14 PM No comments:

Posted by Semillas Project at 2:40 PM No comments: 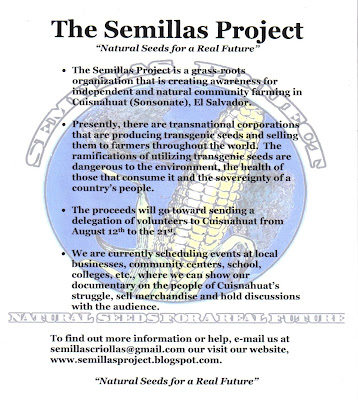 Schedule and event with us.

To schedule an event in your community, contact us at semillascriollas@gmail.com

Great News: we have successfully achieved our initial goal for funds. We are currently continuing our fund-raising efforts for organizing the delegation of interested people to be sent to Cuisnahuat, El Salvador, to see first-hand the success of the Semillas Project's efforts! For more information, contact us with your name, e-mail address, why you're interested and how you can help spread the message of the Semillas Project.